Squirt And The Photolab!

May 06 Posted by Nicole Sandoval in News

Hello again, Squirt here! Are you ready to learn about the photo lab aboard the RV/Point Sur? I am!

The MOCNESS nets catch a lot of animals. Remember how the scientists take notes and records on all the animals? Well, if the scientists find a really cool or strange animal they take it to the photo lab. The photo lab is located on the front of the deck of the ship. 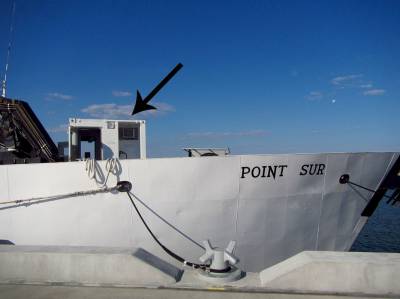 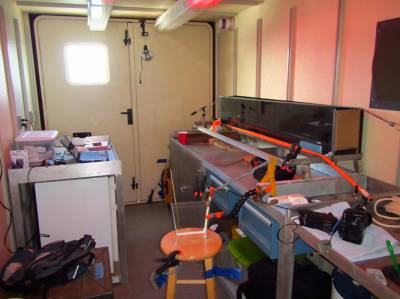 Remember the Fangtooth that Scientists Dante was holding in the blog post about Ink? Here is a photograph that he took in the photo lab. Check out those teeth now! Ouch, that would hurt if he bit you!

Scientist Dante also took a photograph of the Dragonfish. It has lots of small looking teeth! Check out the barbel hanging down from its chin. The end of the barbel glow through a process called biolumenescence (bio-lu-mi-nes-cence). We will learn more about this later. The Dragonfish can use the glowing barbel to attract food just like the Anglerfish did in Finding Nemo! Pretty electrifying! 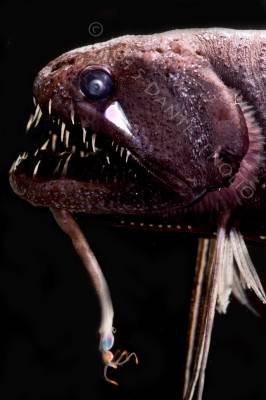 I can't wait to see what the scientists discover next!