Posted by Denise Kendall on Friday, 14 August 2015 in News 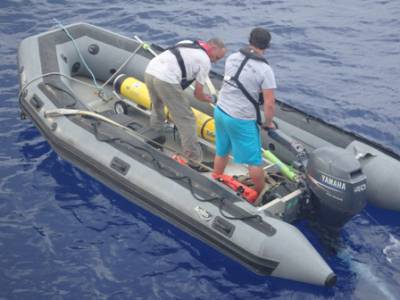 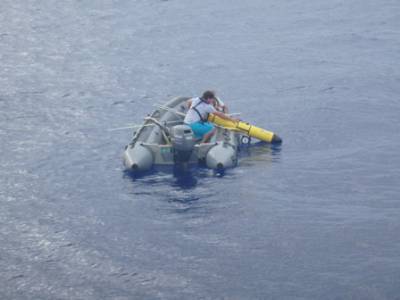 The AUV Glider will travel around in waters of the Gulf of Mexico until Sunday August 23rd at which point the R/V Point Sur team will retrieve it. The scientists will be able to find the AUV Glider by using GPS. You can track the AUV Glider here http://gcoos2.tamu.edu/gandalf/

The scientists will also communicate with the AUV Glider and tell it to return to the surface. That bright yellow color should be hard to miss! 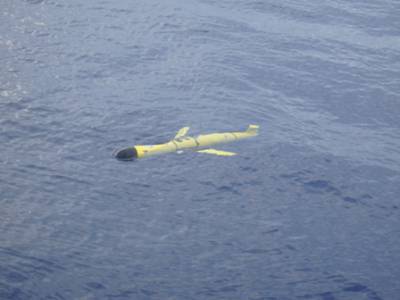 As it travels the AUV Glider will collect data for the scientists. It will go up and down the water column surfacing every three hours. As it goes up and down the AUV glider will record information on the temperature, dissolved oxygen concentration, amount of salt, ability of the water to conduct electricity, cloudiness of the water, and dissolved organic matter. The scientists will use this information to learn more about the ocean ecosystem.

This cruise keeps getting more exciting! Until next time.