Is that an alien?

Posted by Denise Kendall on Tuesday, 18 August 2015 in News

Did the scientists just catch an alien?! No, it's just a deep sea amphipod! Amphipods are really interesting little creatures. They are crustaceans. We've talked about crustaceans like the blind lobster before. 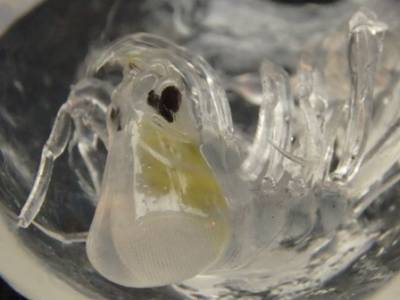 This amphipod is from the species Phronima. It has really large claws! This amphipod species uses its large claws to prey on zooplankton, jellies, and siphonophores. The amphipod not only eats these creatures, but collects resources from them to build the barrel we see. Check out the image below, do you see the barrel shape surrounding the amphipod? This is a semi-hard gelatinous barrel - it kind of feels like a gummy bear. The barrel seems to be the amphipods' home providing protection and camouflage. That's really cool! 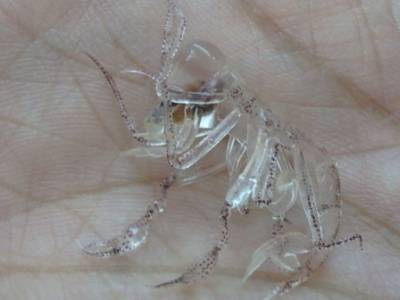 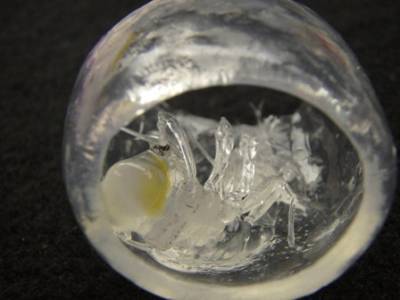 It's amazing what unique creatures the scientists are finding in the deep sea. I wonder what the MOCNESS nets will catch next.