Posted by Denise Kendall on Friday, 13 November 2015 in News

Let's take a closer look at some invertebrates that live in the Gulf of Mexico. These invertebrates were caught during the August 2015 DEEPEND cruise!

Check out the eyes on this crab: 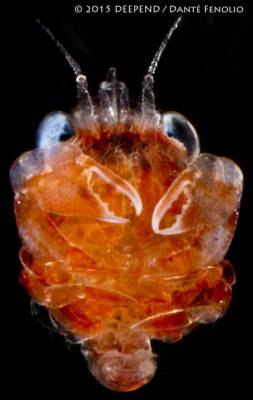 Wow, this shrimp is very colorful: 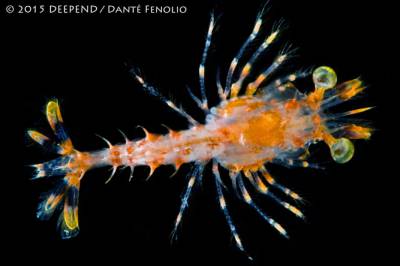 Look at the pinchers on this lobster: 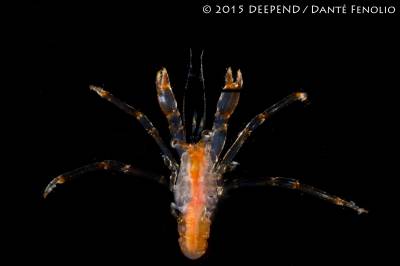 I can't believe I get to share my home with all of these amazing invertebrates. Scientists think the giant squid is the largest invertebrate on Earth. Even though I'm a different squid species, I'm also an invertebrate! That's all for today, thanks for joining me!