Posted by Nicole Sandoval on Monday, 10 October 2016 in News

This week is all about celebrating and learning about the different cephalopods that live in our oceans! Since the DEEPEND team does all their work in the Gulf of Mexico, we will highlight some of the cephalopods they have captured there.

The first one on our list is called the Orangeback flying squid! This species of squid gets its name because it can jump out of the water and glide like flying fishes! It's also one of the squids we would think of as a "normal" squid. You can see it below! 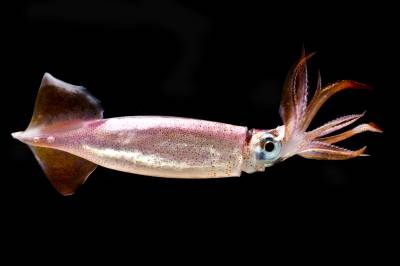 The bobtail squid is a smaller species that migrates to the surface of the water at night in order to catch prey. Below you can see a picture of an adult bobtail squid! 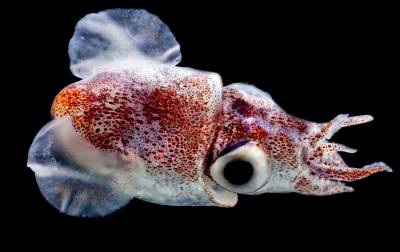 Next on our list is the firefly squid. It is considered the smallest of the squids and it's covered in biolumenescent photophores! We talked about the firefly squid in our first video. Do you remember?

If not, you can watch the video here; https://www.youtube.com/watch?v=XzZWWyimUGI 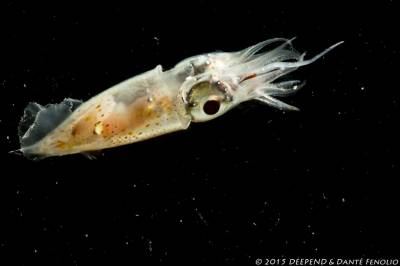 The firefly squid uses counter-illumination to match the background light so that predators swimming below cannot see the shadows from the squid swimming above.

Last, but not least, is the glass squid! Did you know that I'm actually a glass squid too? We are a special bunch that moves pretty slowly. We can escape and hide from predators because we are so "see through." Which one is your favorite?